Search By Year, Make and Model

These coils spacers are designed to lift the rear of your car anywhere from 1" to 3" (depending on which set you choose)when placed under the rear coil springs. A very simple yet effective design that is a permanent solution vs. twist-in style spacers that come loose after time. They also cost much less then longer or custom made springs. These are a great way to lift up a rear of your vehicle: 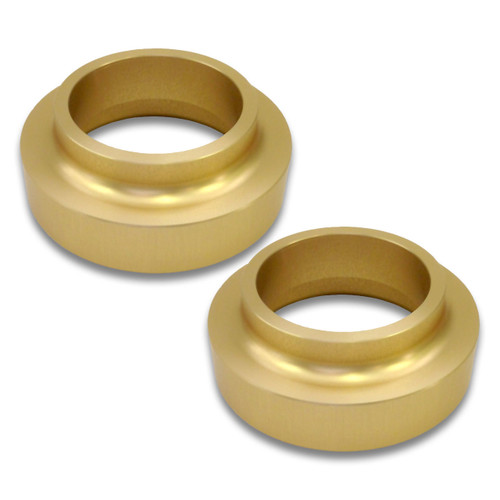